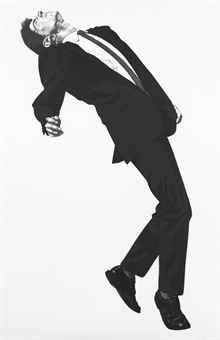 It all started when I found this fabulously fun piece of art that will be part of the Prints and Multiples Auction at Christies at the end of the month. It is a 46 x 30 (unframed) lithograph entitled Jules, by Robert Longo.  I showed it to a client and she fell in love with it. It is SOoooo “her”.  She likes it so much that she is thinking it could be the piece that sets off a redo of her study- she is ready for a change, ready to step it up a bit in boldness, color, energy level.  So here is what I came up with for her.

I have a friend, Lisa Mende, who won one if the style spotter positions for Highpoint Market. She is a talented designer from North Carolina and a fellow Blogger19. She is putting together some wonderful Pinterest Boards on the trends she is spotting this season at Highpoint, which is this week. I found some great possibilities right on her boards. I invite you to follow her boards, “like” and repin anything that catches your eye. Your “likes” and pins will help her to win another contest going on now during market. See  Lisa’s Highpoint pinterest boards: 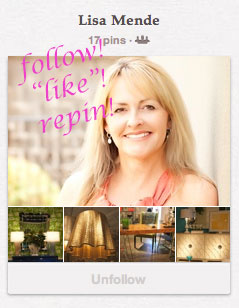 Anyway, back to the study. It is a north facing room, which means that the natural light will tend to have more of a blue cast.  Rather than fight that, I plan to fully embrace it with a rich blue based red. It will set the black and white art off with a great pop of color. It will also make for a wonderful backdrop to the gold etageres (which will be behind the desk on either side of the art) and the gold mirror.  The updated wing backs have a decidedly feminine twist to them- we love these chairs and plan to cover them in a vibrant fabric. First things first- decide what the upper spending limit will be on the Longo piece…. emotions can easily overtake one in those exciting short minutes of bidding. Then we will move on to the design specifics of these highpoint pieces.

A side note on the auction. If you are not already familiar with this sale, I highly recommend perusing the works of the famous artists included in this sale- including Matisse, Picasso, Johns, Baldessari, Warhol, Lichtenstein, Motherwell. This would be a fun auction to attend. “The art market has never been healthier”, says Capera Ryan of the Dallas Christies office.  She co-hosted a dinner with Town and Country just last week with highlights of this sale:  Prints and Multiples Auction. Spoiler alert- this sale is a precursor to an enormous upcoming Warhol sale. wow.

Let us know your thoughts on the direction of this room-

Another Chance to Acquire a Jasper Johns