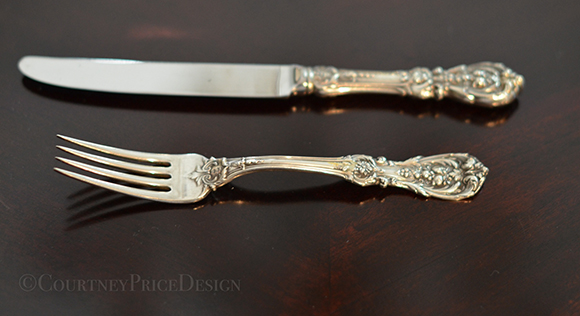 Behold the fork and knife. The Francis 1st fork and knife. Francis 1st Silver is one of my favorite patterns (it’s a deep south tradition thing, trust me).   Allow me to digress on the note of King Francis I. I promise not to bore you…. French history is anything but dull. 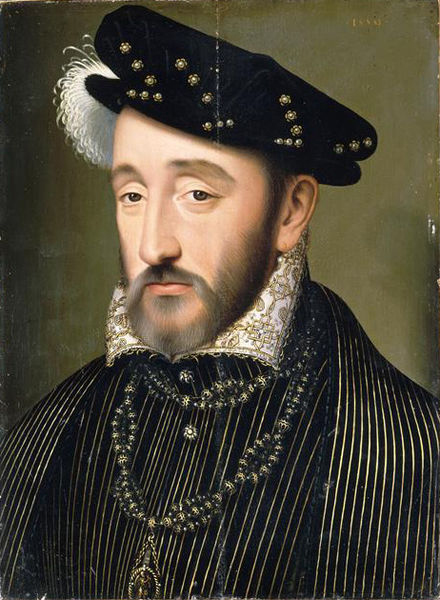 Francis I’s reign was 1515-1547. This was a juicy era of french history.  The era of Chateau building, living large, interest in humanism and the arts, hunting, falconry, festivals, jeu de paume (prehistoric tennis), feasts, poetry, affairs. The Loire Valley was his hunting playground. Below is a photo of  Chenonceau (when I was there years ago), the ultimate chateau, where he entertained lavishly. 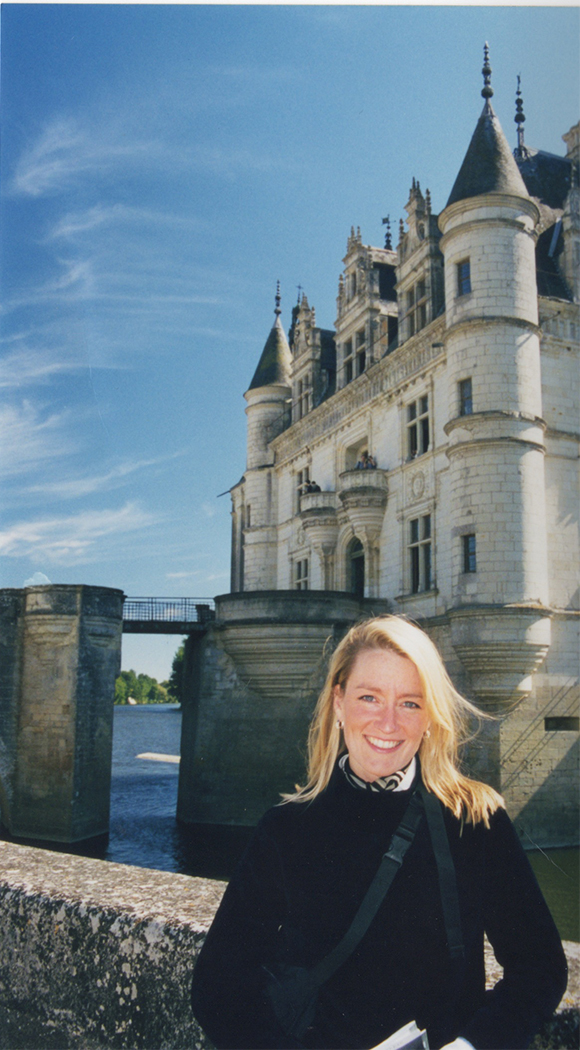 Lets back up to the Feasts.

Dinner usually took place before 7pm, with the entertainment of live Italian music, humanist text readings, and the King’s fools to amuse the courtiers. Sounds quite civilized, right?  Here’s the odd part: courtiers brought their own knives…. and… forks were still rare at this point.

Thank goodness for Catherine de Medici to INTRODUCE THE FORK to France from Italy at about this time….

Which begs the question of the true timing of Francis 1st Silver. It is actually an American sterling silver pattern that was introduced in 1906, produced by Reed & Barton Silversmiths, named after King Francis I of France.

Catherine de Medici- thank you for bringing the fork to so many tables, and Reed & Barton- thank you for making forks so lovely. Otherwise we might still be eating like cavemen.  Now, let’s rewind to an even earlier chapter of Catherine’s life:

King Francis 1st arranged for 14 yr old Catherine de Medici to marry his 14 yr old son Henri II- we’ll just call it a merger.  Poor dear, it all went south for her then and there. That’s a whole different FORK in the road. Two years before this marriage was politically arranged for Catherine de Medici and Henri II, when he was 12, he took on a mistress. Diane de Poiters was elegant, drop dead gorgeous, sophisticated, charming, witty…and 20 years his senior.  Whoa- she was THE ORIGINAL COUGAR. She was  known as “The Sexy Diane”, and she stole little Henri’s heart and in his lifetime he never quite recovered from the spell of her. The story is actually sad, really, if you were Catherine de Medici. But not so sad for the smokin’ hot Diane de Poiters, who was adored by all, scored the most elaborate quarters in the best chateau of all Chenonceau – living there with Francis I and Catherine, and getting to make the important design decisions for the chateau. She had his full attention, trust and lust. 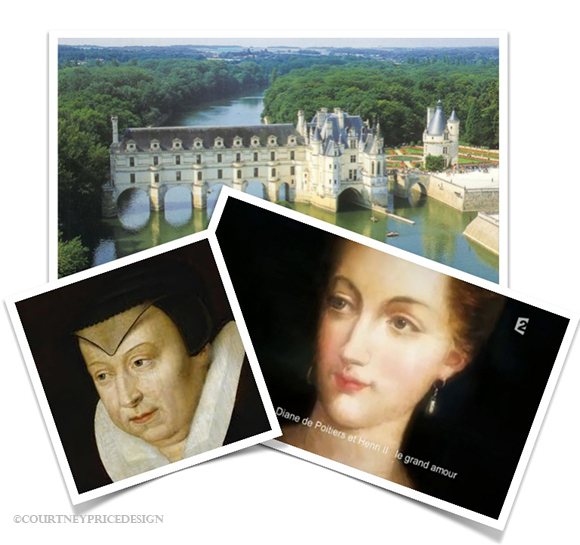 Poor Catherine had the pressure of producing a male heir to the throne, while Henri had more of a thing for Diane than Catherine. Diane had no compunction about rubbing it in Catherine’s face, even suggesting that Catherine drill a hole in her bedroom floor if she wanted to see into the mistress’ bedroom directly below how to make a king happy. Yes, she really said that. Renaissance cat fight. (Catherine did in fact have ten children by Henri so he must’ve been a busy guy.) So, when the fateful day came that Henri was gored in a jousting tournament, Catherine finally had her moment of power.  On his deathbed, he repeatedly asked for Diane, which fell on deaf ears to wife Catherine. Upon his death Diane was exiled to her own properties until her death. As shrewd as she was, I doubt she suffered.

So, when you go to the homes of friends or family and find yourself seated at a beautiful table with Francis 1st silver, won’t YOU be thinking about what Catherine de Medici probably really wanted to do with the forks she introduced to French society…

If you care to read more in depth about these rivals for the king, I recommend the book The Serpent & the Moon.

A Day at Chateau de Fontainebleau