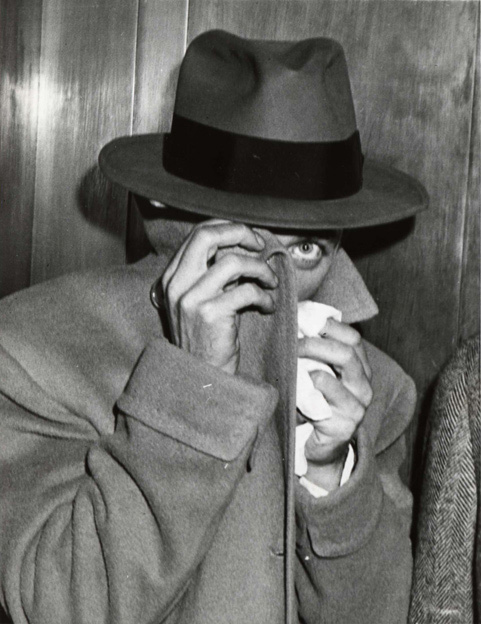 Now You See It – Photography and Concealment

March 31–September 1, 2014 at the Metropolitan Museum of Art, New York

Photography is a medium prized for its capacity to expose, lay bare, make visible. For many artists, the camera is, above all, a tool for revealing what would otherwise remain unnoticed. As Diane Arbus once said: “I really believe there are things which nobody would see unless I photographed them.” At the root of this artistic impulse is a keen fascination with that which is hidden, obscure, or hitherto unseen. This exhibition presents a selection of contemporary photographs and video from the permanent collection that variously explores the medium’s dynamic interplay between concealment and revelation.

Some of the artists featured here use the camera to reveal subjects or places ordinarily hidden, as in Vera Lutter’s majestic view of the interior of a Pepsi-Cola bottling plant or Miguel Rio Branco’s lush image of a tapestry’s seamy underside. Others address instances of geopolitical obfuscation: Fazal Sheikh’s aerial photographs of the Negev desert in southern Israel record the traces of Bedouin villages that have been transformed into forests or farmland, while Mishka Henner collects images of stylishly censored high-security sites on Google Earth. In Vault (2011), Thomas Demand takes his inspiration from current events, meticulously re-creating a storeroom in which thirty missing works of art were discovered during a recent police raid.

The tension between publicity and privacy—the simultaneous desire to be looked at and to evade the merciless gaze of the camera—animates the work of artists as diverse as Arbus, Lutz Bacher, Jack Pierson, and Taryn Simon. In her video, The Nightingale (2003), Grace Ndiritu explores the tradition of the veil and its complex poetics of exposure and effacement. Complementing the contemporary works on view is a selection of earlier photographs in which the primary subject is hidden or obscured—a brief anthology of playfulness, shame, and seduction.