Elisabeth Louise Vigée Le Brun (1755–1842) is one of the finest 18th-century French painters and among the most important of all women artists. An autodidact with exceptional skills as a portraitist, she achieved success in France and abroad during one of the most eventful, turbulent periods in European history. Vigée Le Brun: Woman Artist in Revolutionary France is the first retrospective and only the second exhibition devoted to this artist in modern times. The 80 works on view at the Metropolitan Museum will be paintings and a few pastels from European and American public and private collections.
Born in Paris during the reign of Louis XV, Elisabeth Louise Vigée Le Brun was the daughter of a professional pastel portraitist who died when she was 12 years old. Precocious and largely self-taught, in her teens Mademoiselle Vigée, chaperoned by her mother, was already working independently as a portraitist and contributing to the support of her family. It became necessary for her to join the artisanal guild in 1774, and she exhibited publicly for the first time when she was 19 at the Salon of the Académie de Saint-Luc.
In 1776 she married the principal art dealer and expert in 18th-century Paris, Jean Baptiste Pierre Le Brun, with whom she had a daughter, Julie. Theirs was largely a marriage of convenience, beneficial to both, although his profession at first kept her from being accepted into the prestigious Académie royale de peinture et de sculpture. At 23, Vigée Le Brun was summoned to Versailles to paint Marie Antoinette (1755–1793), who was a few months younger than she. The earliest of three full-length life-size portraits of the queen in the exhibition will be Marie Antoinette in Court Dress (1778, Kunsthistorisches Museum, Vienna), which was delivered to her mother, Empress Maria Theresa of Austria, in 1779. 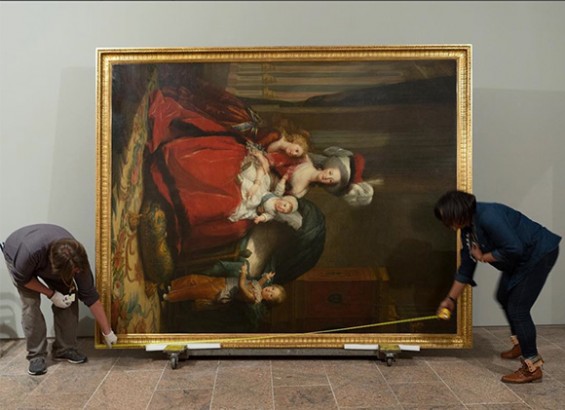 The most important painting of the queen, commissioned as a propaganda piece for the monarchy and shown at the Salon of 1787, is Marie Antoinette and Her Children (Musée National des Châteaux de Versailles et de Trianon), in which she is presented as a regal mother with the dauphin and his two siblings. Photo above shows it being installed at the Met. 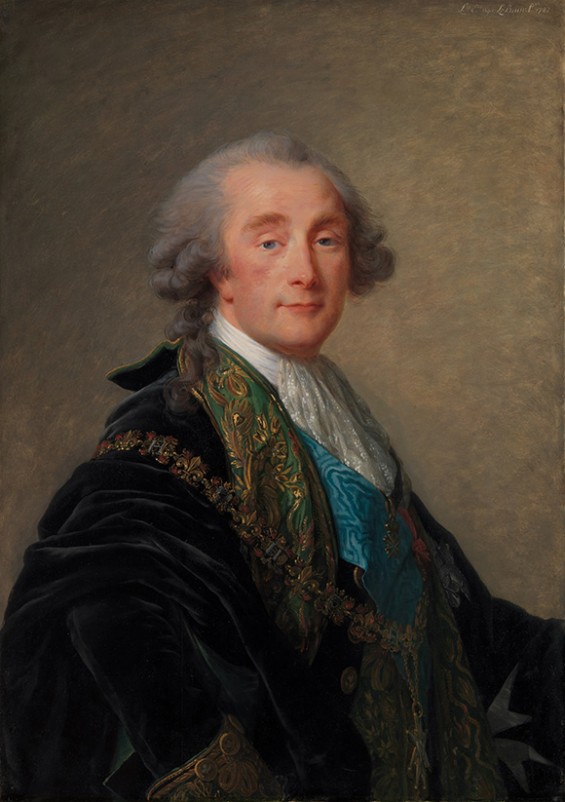 The art of painting was fostered in France by the Académie royale de peinture et de sculpture, established in Paris in 1648 under the leadership of Charles Le Brun (1619–1690). Women were barred from the school of the Académie because the students learned anatomy and the principles of drawing by studying and sketching from the nude male model. The Académie royale also controlled access to the Académie de France in Rome, where young male artists were afforded the opportunity to study the sculpture and monuments of antiquity. Women were afforded only the most limited access to the Salons of the Académie, where members brought their work before connoisseurs, critics, and potential patrons. (Of the 550 members of that organization during its 150-year history, only 14 were women.) Denied entry to this august organization because her husband was a dealer and association with the trade was prohibited, Vigée Le Brun was able to gain access only when and Louis XVI intervened.
Vigée Le Brun submitted Peace Bringing Back Abundance (1780, Musée du Louvre, Paris) as her reception piece, becoming one of the Académie’s last four female members, and she exhibited the picture at the Salon of 1783. She flourished, showing close to 40 works in the four Salons to which she had access (1783, 1785, 1787, 1789). Balancing innovation with tradition, she created intimate as well as public portraits, including, for example, the Duchesse de Polignac (1782, Versailles) and Emmanuel de Crussol-Florensac (1787, The Metropolitan Museum of Art). Simply dressed in white with loose, unpowdered hair, several of her female sitters exemplify the move from formality to the newly fashionable mode of sensibility. Vigée Le Brun was remarkable not only for her technical gifts, but for her understanding of and sympathy with her sitters. 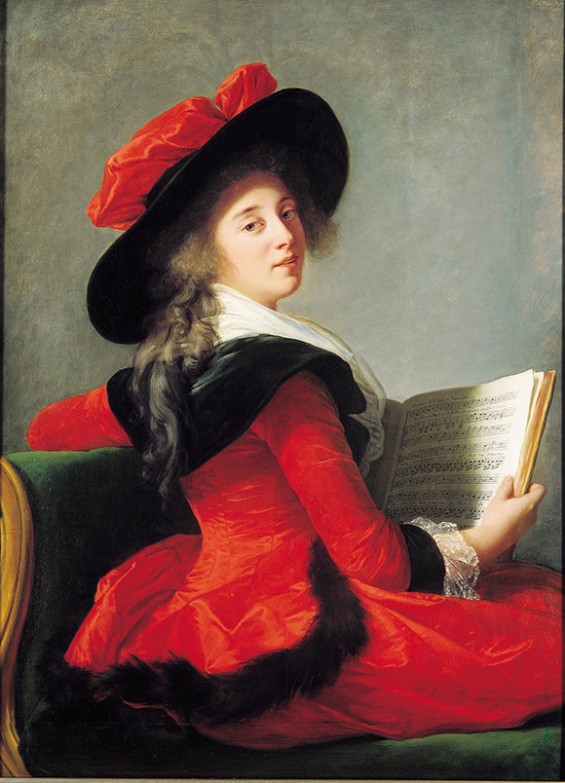 Years in Exile
In 1789, Vigée Le Brun was forced to flee France because of her association with the queen. She traveled with her daughter to Italy where, in 1790, she was elected to membership in the Accademia di San Luca, Rome. Independently, she worked in Florence, Naples, Vienna, St. Petersburg, and Berlin. She amassed a fortune painting, among many others, the queen of Naples and her children (a 1790 portrait of her daughter, Maria Louisa, will be on view), Louis XVI’s aunts (Madame Victoire, 1791, Phoenix Art Museum, and Madame Adélaïde, 1791, Musée Jeanne d’Aboville, La Fère), and Napoleon’s sister Caroline, who became queen of Naples (1807, Versailles). She spent three successful years in Vienna (Princess von und zu Liechtenstein, 1793, private collection, New York) and more than six years in Russia, where she took sittings from members of the family of Catherine the Great and from the former king of Poland (1797, Versailles). Her work was also exhibited in the Paris Salons while she was in exile. Vigée Le Brun finally returned to France in 1805 for good and later published her memoirs (1835 and 1837), giving voice to details about her art and life in late 18th-century Europe. She died in Paris in 1842 at age 86.

Exhibition Dates: February 15–May 15, 2016 at The Metropolitan Museum of Art, Fifth Avenue at 82nd Street