Metropolitan Vanities: The History of the Dressing Table – December 17, 2013 – April 13, 2014 at The Metropolitan Museum of Art 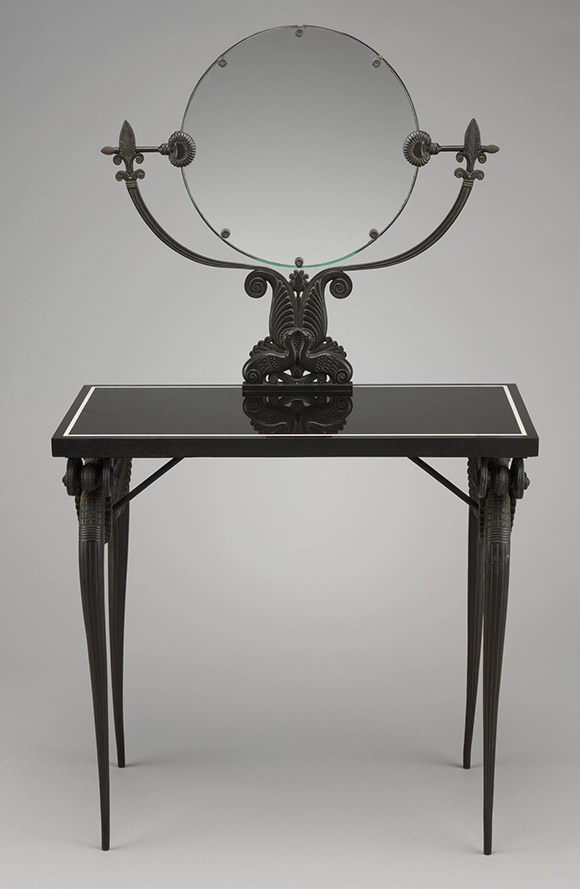 New Yorkers: you lucky devils… the rest of us: we need to pack our bags and go visit the wonderful decorative arts exhibit that opens today at the Metropolitan Museum of Art.

Few pieces of furniture have revealed more about leisure pursuits, popular taste, and changing social customs than the dressing table, or vanity. Metropolitan Vanities: The History of the Dressing Table at The Metropolitan Museum of Art explores the evolution of the modern dressing table. The age-old impulse to be attractive or fashionable informs and animates much of the dressing table’s lengthy design history, as it does many of the objects associated with the toilette, the ritual in which the dressing table reached new heights of elegance and sophistication. The exhibition provides an overview of the origins and development of the dressing table from antiquity to the present day with some 50 related objects, paintings, and drawings selected mainly from the Metropolitan’s collection. 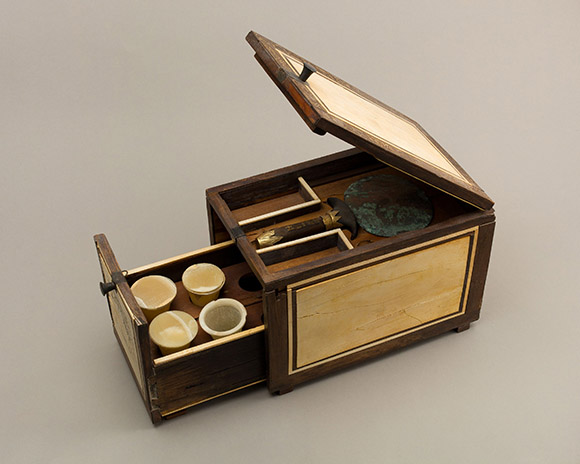 The history of the vanity begins with a box. From ancient times ornate boxes have been crafted to hold a variety of beautifying paraphernalia, including jars for cosmetics, flasks for rare perfumes and exotics oils, implements for applying makeup, and mirrors. It was in the late 17th century in Europe that the form of the vanity as we know it today began to develop.
In the late 17th century, European high society began commissioning luxurious specialized furniture from craftsmen and furniture makers. The poudreuse in France, and the low boy, Beau Brummel, and shaving table in England served as models for the dressing table. Jean-François Oeben and Roger Vandercruse Mechanical Table (1761–63) is one of the finest examples of this period in the exhibition. This table was artfully engineered so that the top slides back as the front moves forward to reveal the vanity mirror and additional compartments. The table was most likely intended for Madame de Pompadour’s château overlooking the Seine. The design telegraphs the marquise’s place in society by way of various symbols, for example the tower—the main emblem of her coat of arms—is depicted at the top of the gilt-bronze mounts at each corner.
In America the designs for dressing tables were simpler, with the Chippendale style among the most popular. During the 19th century, dressing tables were made in many revivalist styles including the Gothic, Elizabethan, Rococo, Renaissance, and Colonial revivals, to name a few. Eventually, in the later 19th century, the dressing table—like other cabinet furniture—became a matching part of the bedroom suite. 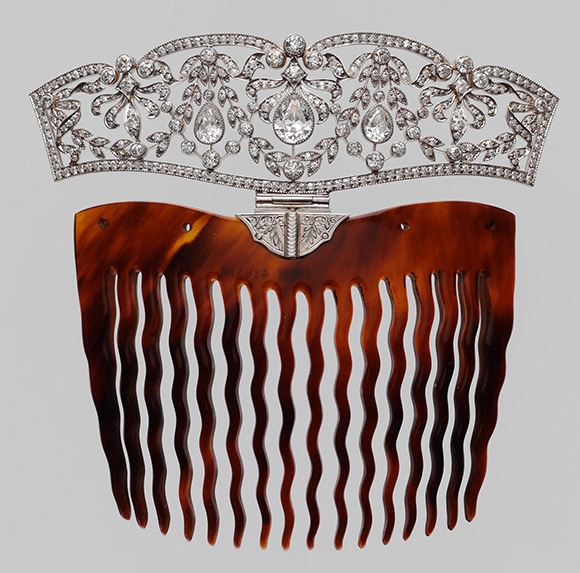 It was not until the early part of the 20th century, during the Art Deco period in both Europe and America, that luxurious dressing tables came to epitomize the modern concept of glamour and luxury. Hollywood films of the 1920s and ’30s, with their fantasy world of penthouses atop Manhattan skyscrapers, were hugely popular during this period and often depicted the femme fatale heroine sitting at her supremely elegant vanity table in the bedroom or dressing room. Norman Bel Geddes’ enamel and chrome-plated steel dressing table (1932) is a model for this streamlined and sophisticated style. 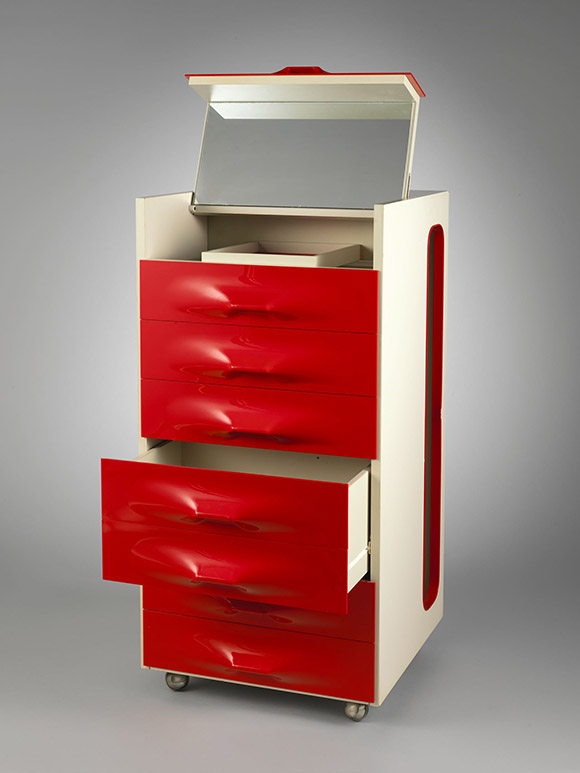 Metropolitan Vanities: The History of the Dressing Table  1969

More recently, designs for the dressing table have reflected the diversity of new styles, from the modern molded-plastic valet dressing cabinet of Raymond Loewy (1969) to a postmodernist Plaza dressing table and stool by Michael Graves (1981) and a minimalist dressing table of today by the Korean contemporary designer Choi Byung Hoon (2013).
The exhibition will be featured on the Museum’s website .

Madame Cezanne Exhibit at the Met