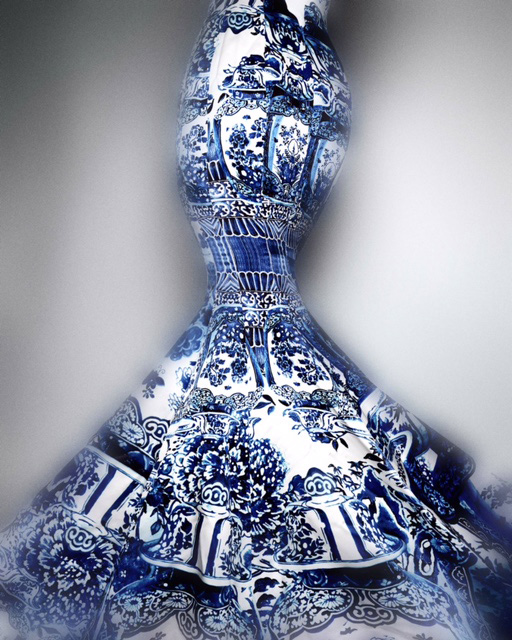 The Metropolitan Museum of Art has been busy curating a stunning variety of ways to enrich our cultural databases. Take a look at THREE exhibition openings in less than a week:

Costume Institute’s Spring 2015 Exhibition at Metropolitan Museum to Focus on Chinese Imagery in Art, Film, and Fashion – May 7–August 16, 2015

If you missed the photos of the Met Gala, which celebrated the exhibition opening, you might enjoy celeb sightings as seen

through the lens of Mario Testino. Meanwhile, this exhibit is most definitely one to see. Presented in the Museum’s Chinese Galleries and Anna Wintour Costume Center, the exhibition explores the impact of Chinese aesthetics on Western fashion and how China has fueled the fashionable imagination for centuries. In this collaboration between The Costume Institute and the Department of Asian Art, high fashion is juxtaposed with Chinese costumes, paintings, porcelains, and other art, including films, to reveal enchanting reflections of Chinese imagery. 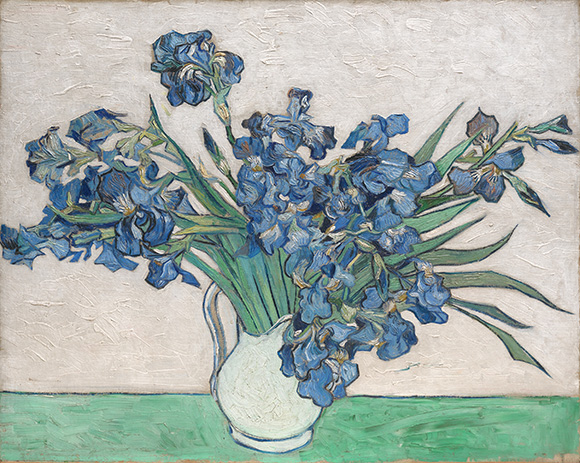 The exhibition will bring together for the first time the quartet of flower paintings—two of irises, two of roses, in contrasting formats and color schemes—that Van Gogh made on the eve of his departure from the asylum at Saint-Rémy.  Conceived as a series or ensemble on a par with the Sunflower decoration he painted earlier in Arles, the group includes the Metropolitan Museum’s Irises and Roses and their counterparts: the upright Irises from the Van Gogh Museum, Amsterdam, and the horizontal Roses from the National Gallery of Art, Washington, D.C. Vincent van Gogh (1853–1890) worked with steady enthusiasm on the suite of irises and roses during his last week at the asylum of Saint-Paul-de-Mausole at Saint-Rémy, where he had taken refuge since the previous May (for a condition diagnosed by his doctors as a form of epilepsy). With his release from institutional life in sight, he marked the end of his yearlong stay by painting flowers gathered from the overgrown garden he had depicted upon his arrival, bringing his work in Saint-Rémy full circle. They were made while he was packing his belongings for his move to Auvers, in the wake of an incapacitating breakdown that had robbed him of early spring—a pocket of time he likened to the calm after the storm. Completed just three days before he boarded the northbound train, on May 16, 1890, this painting campaign reflects his spirited determination to make up for lost ground, to prove he had not lost his touch, and to make the last strokes count.

The Museum’s initiative in reuniting the group of four paintings has been the stimulus for new technical and documentary investigations, undertaken in close collaboration with researchers, conservators, and scientists at the lending institutions. These findings will be introduced in the exhibition, which will include digital color reconstructions, based on extensive analysis and comparative study. The installation will present the paintings in the order in which they were realized, and in frames adapted from the artist’s profile but designed to be unobtrusive, so that the unfolding logic and verve of Van Gogh’s four-part painting campaign may be fully appreciated. 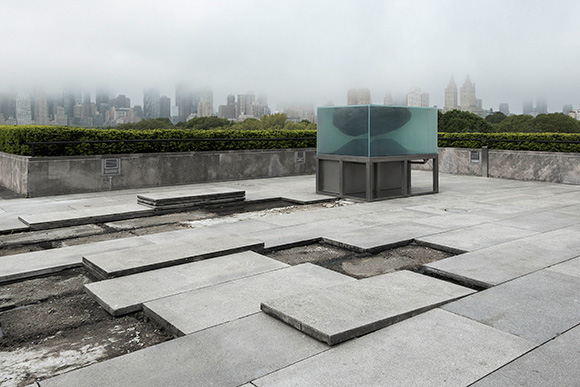 Photography by Hyla Skopitz, The Photograph Studio, The Metropolitan Museum of Art. Copyright 2015.

“We are proud to present this unusual new commission,” said Sheena Wagstaff, the Museum’s Leonard A. Lauder Chairman of Modern and Contemporary Art. “For years, Pierre has created thought-provoking encounters with art and exhibitions that explore the surprising mutability between human, animal, plant, mineral or machine. In his project at the Met, Pierre has approached the Museum as if it were a mine by excavating the site and incorporating objects that are sourced within the Museum’s collection, its architectural layers, and the geological history of Central Park. The resulting matrix of mutating organisms rewards close attention as they shift and manifest themselves over the course of the summer, providing a unique experience each time the Roof Garden is visited.”

The Pierre, a Taj Hotel