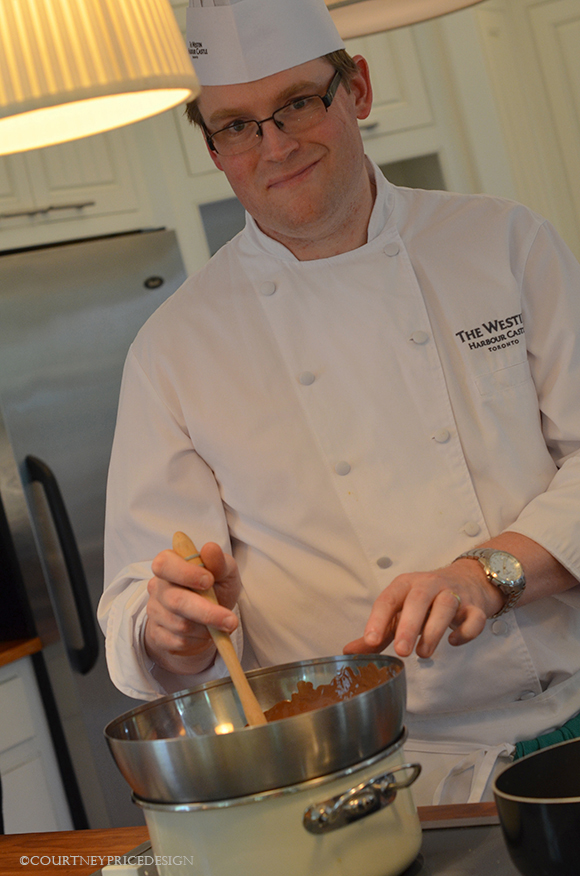 There is no better feeling in the world when someone loves your food and they ask for your recipe. When Courtney asked that I do a guest blog spot on her site I was over the moon excited!!! To share with you all one of my recipes and what I love doing most. Courtney was telling me that she has gotten numerous requests for a few of my dishes I prepared at the memorable Bloggers Retreat. I really hope that this event turns out to be a yearly gathering because it was such a blast!!! Cooking and preparing the food was incredible, but getting to meet and become friends with the ladies was 100 times better. Talking with Courtney was always a pleasure, she has a heart of gold. I could go on and on… and on about each and every one of these incredibly talented ladies but then my blog post would turn into a book. Talking about books, I’m thinking because of the numerous requests for my dishes from not only from Courtney’s site but the other ladies sites as well, I’m going to have to put a cookbook out. So that is a task that is in the works for sure. Ok let’s get down to business- let me give you the recipe for the “Smoked Salmon on a Rosemary Lemon Button”. Let me mention while at the Bloggers retreat after serving the smoked salmon I was told by Lisa i would not be allowed to leave Lynne’s house until i handed over the recipe… isn’t she the sweetest!!! I just admire each and everyone one of them all. Also the Frittata I prepared for their breakfast was another out of the park home run.. (Not to toot my own horn) but TOOT TOOT!!! 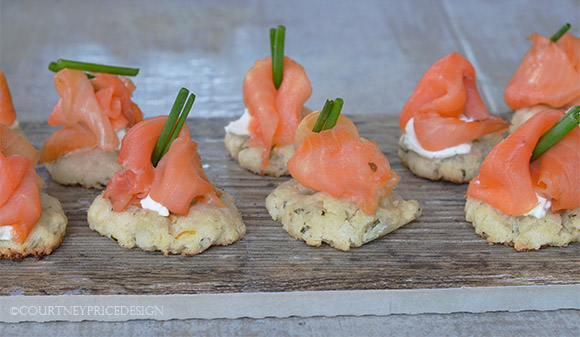 LEMON ROSEMARY BUTTONS WITH SMOKED SALMON
2 sticks unsalted butter, softened
3/4 cup sugar
1 TBSP lemon zest and juice
1 tsp vanilla extract
2 1/2 cups of  all purpose flour
1 TBSP chopped fresh rosemary
3/4 tsp salt
1 egg
1/3 cup of cream cheese softened
chives to garnish
Method:
Preheat oven to 375’ Line baking sheet with parchment paper.
Cream together butter and sugar until light and fluffy, add zest, vanilla and egg, beat until incorporated. add flour, salt and rosemary. mix until well combined and a stiff dough is formed. Wrap dough in Saran wrap and put in fridge to cool. And also if you don’t want to use it all you can freeze it as well. Works amazingly… So after dough is chilled remove from wrap and make little balls with hands and place on tray and press down on the ball with your thumb to make it almost look like a button. bake in oven for 15 minutes, until golden brown on the edges. cool down the buttons and you can take a little cream cheese softened add a little lemon juice to give it a bit of a zing. Put just a little drop of the lemon zing cream cheese on top of the cookie and a little piece of smoked salmon. Garnish with a sprig of chive. These little guys are delicious!!!

End the Summer on an Ice Cream High