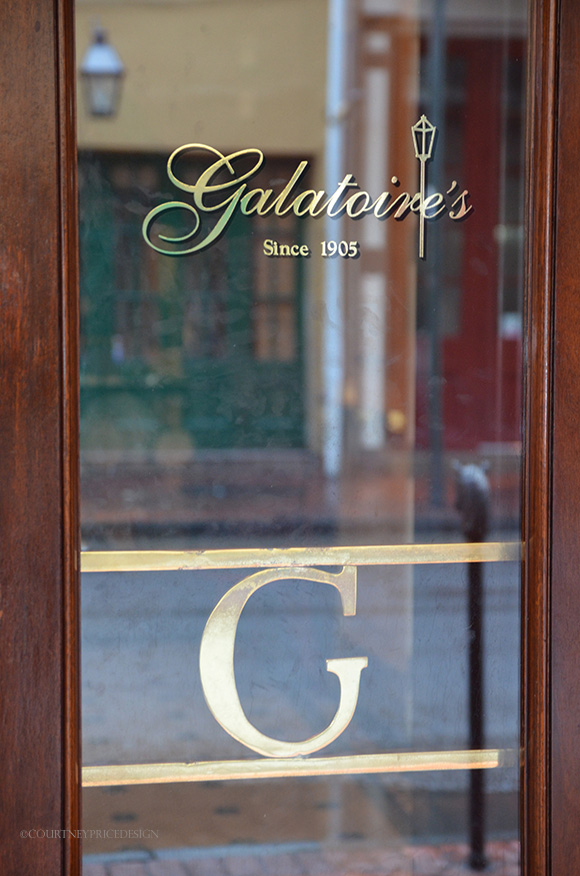 In New Orleans, where people live to eat rather than eat to live, nobody doubts the importance of a very special place in which to indulge in food- a place to toast  one’s friends and to celebrate life by breaking bread together. This place is none other than the legendary Galatoires restaurant, family owned for many generations. This front door is where the line begins… 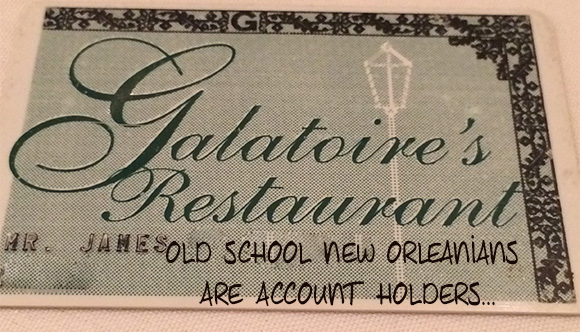 Galatoires customers are a who’s who of entertainers, artists, writers, politicians, and bon vivants. The customs of Galatoires are legendary — the line to get in, the Friday lunch, which often stretches on in to the cocktail hour and then into dinner, where the only important business in New Orleans is transacted.

“Make no mistake: Much backstage talent is required to pull off something like Galatoire’s.  But ultimately this is a show owned by the actors on the main stage, the staff of twenty-nine waiters and their long time regulars, whose courtly interaction follows a script known only to them. They are the sole reason Galatoire’s remains the same world unto itself that it was before the remodel. For these people and those watching them, Galatoire’s is New Orleans.”  -S.M. Hahn, Restaurant Critic, The Times-Picayune, November 26, 1999 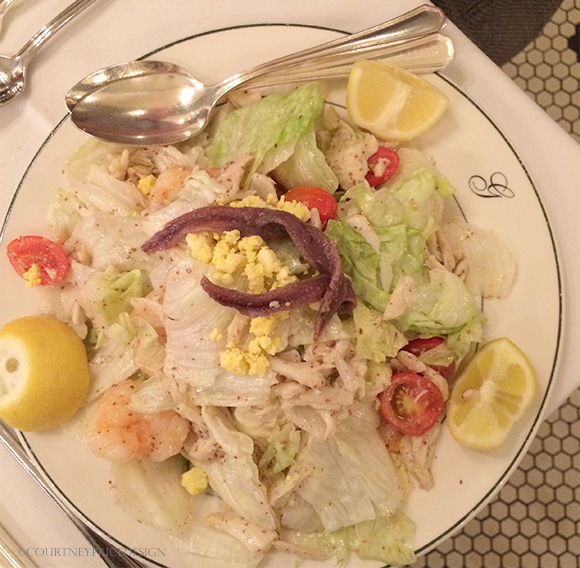 You don’t really think I could go eat there and not share a great dish with you, do you? Meet the Godchaux Salad, named after the illustrious Canal Street department store (which no longer stands) and its founder, Leon Godchaux. This is too good not to try.

Divide the salad onto six chilled plates (approximately 2 cups each). Garnish each salad with 1/2 of a sieved hard-boiled egg and 2 anchovies. Serves 6. 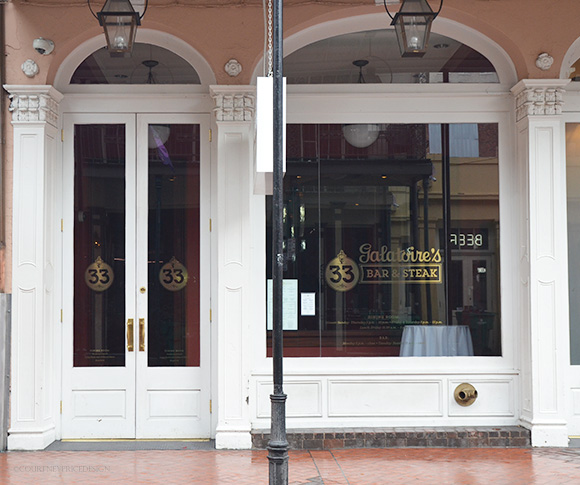 Just NEXT DOOR to the original Galatoires on Bourbon Street is the new Galatoires 33 Bar and Steak which opened in 2013, manned by the same executive chef from next door, Michael Sichel. While the restaurants do actually connect in the back, there are two separate kitchens and two separate menus. 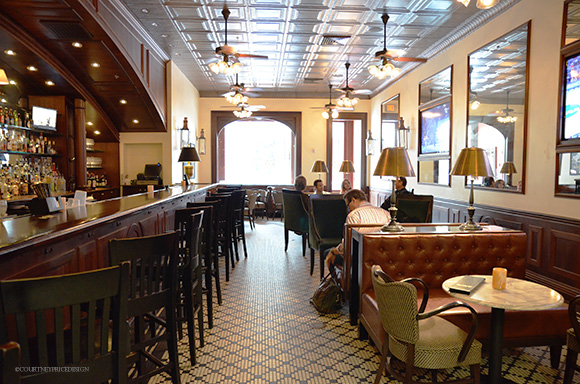 This gorgeous bar area offers the same exuberant tradition of service, treating the customers as family. 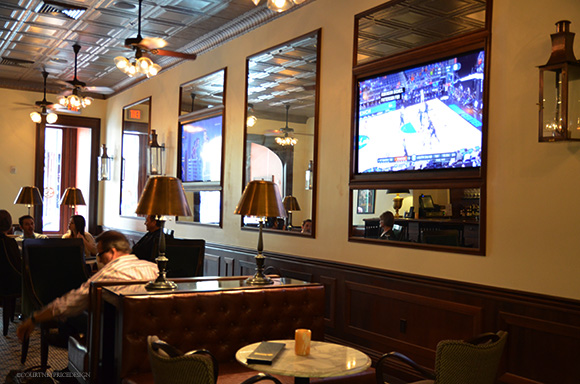 The design details are noteworthy. The mirror embedded TVs are such a nice tech touch to an otherwise old school feel. I can well imagine this place stays super busy. It is without question the most beautiful bar on Bourbon Street. Perhaps the only upscale, refined one… 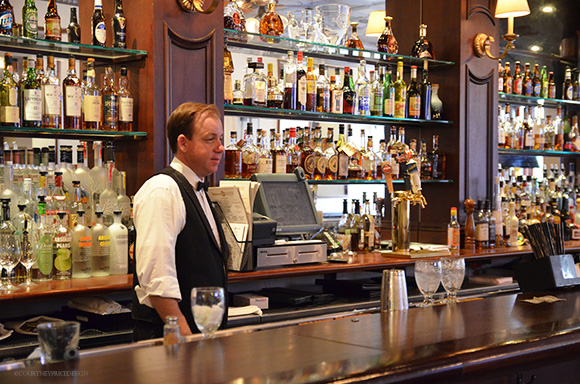 Galatoires 33 offers hand crafted cocktails in the likes of Blueberry Lemon Drop or Strawberry Basil. Am I tempting you? 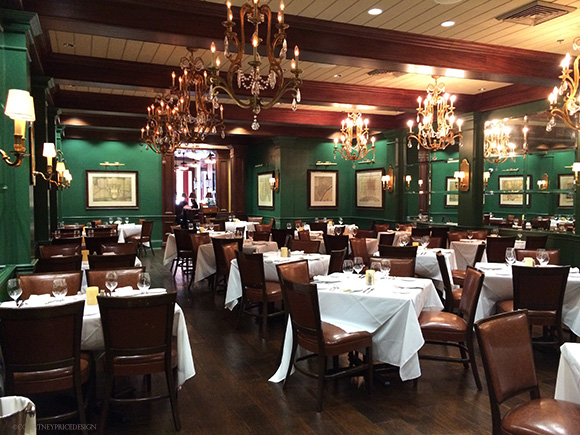 I don’t know about you, but just writing this post has made me extremely hungry. Care to make a reservation?