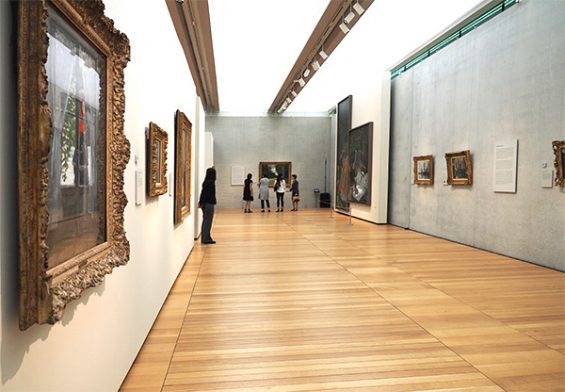 An unprecedented, international loan exhibition of one of the most famed artists of all time is at Fort Worth’s Kimbell Museum until January 29, 2017. This groundbreaking exhibition is the first ever devoted to the young genius of Claude Monet, featuring approximately 60 paintings from the first phase of the artist’s career, from his Normandy debut in 1858 until 1872, when he settled in Argenteuil, on the River Seine near Paris. 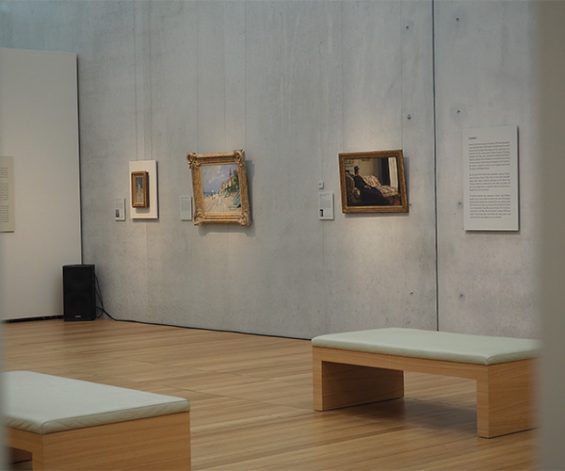 This first ever exhibition on Monet’s early years is set up in a chronological fashion that guides us right to where his impressionistic style begins. Fourteen of the paintings come from private collections. Two of those paintings have never before been shown in the United States, and eight are on loan from the Musee d’ Orsay. The Kimbell, once again has amassed a once in a lifetime opportunity that should not be missed. 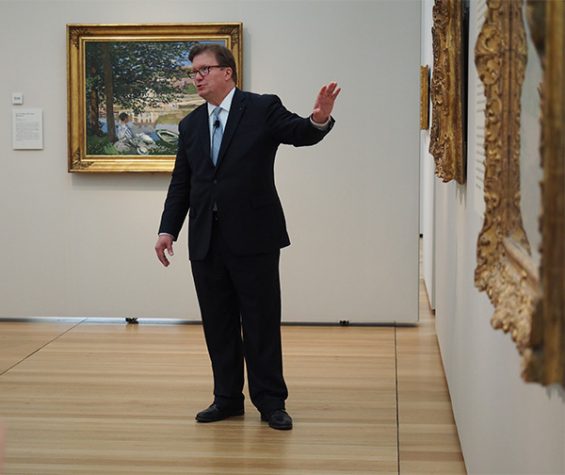 “I am extremely grateful to the museums and private collectors from Asia, North America and Europe who have agreed to part with their paintings for Monet: The Early Years,” said George T.M. Shackelford, Kimbell deputy director and the exhibition’s curator. “We will be able to show not only Monet’s most familiar paintings but also some masterpieces that are almost never seen. It’s not an exaggeration to say that we have never before seen Monet as we will see him this fall.” 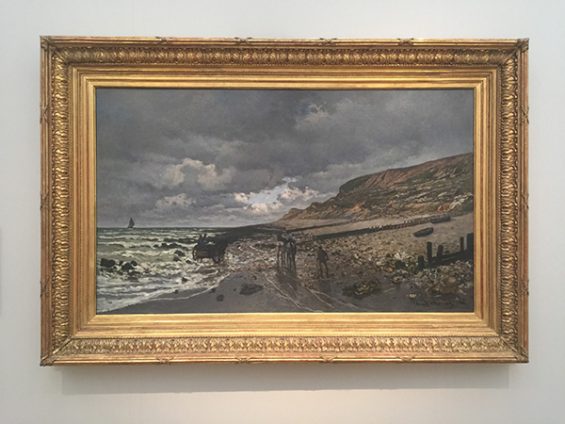 The Kimbell’s own Pointe de la Heve at Low Tide inspired the exhibition. The stormy beach scene was the first painting that Monet submitted to the annual official exhibition — called the Salon in 1865. Adapting a smaller painting for public exhibition, the artist increased its size and intensified its effects. Monet’s first submissions to the Salon were not only accepted but also warmly received. 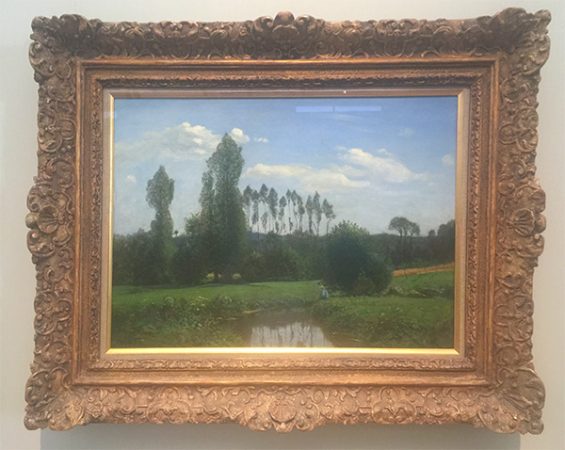 Shown above is the first known painting by Monet, View Near Rouelles, 1858. The painter Eugene Boudin took his young protege Oscar-Claude Monet to the village of Rouelles in 1858. The resulting canvas (above) is the first painting Monet ever presented to the public. 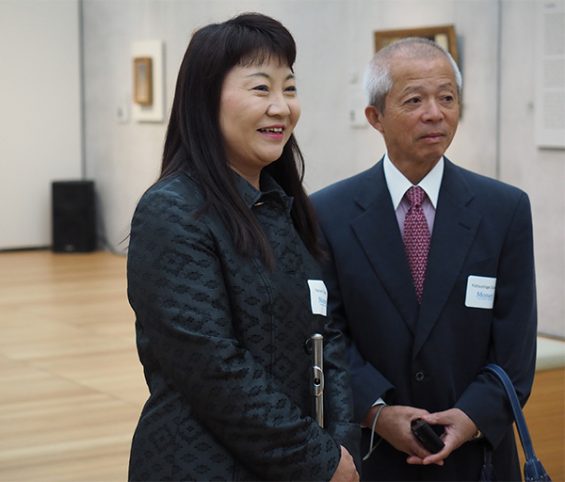 Owner of the first known painting by Monet, Katsushige Susaki. 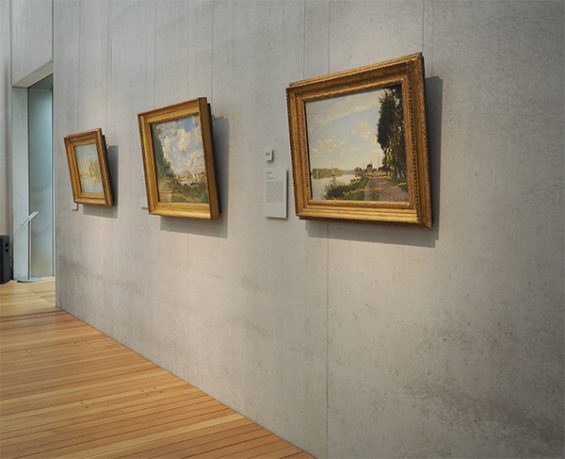 The origin of the term Impressionism:
In 1874, Monet and other independent artists decided to show together outside of the official system. One of the paintings that Monet exhibited was called “Impression, Sunrise,” and when it was seen by critics its sketchiness seemed laughable to them. So in an effort to make fun of the new painters, some of the critics started referring to them as impressionists. The name stuck. 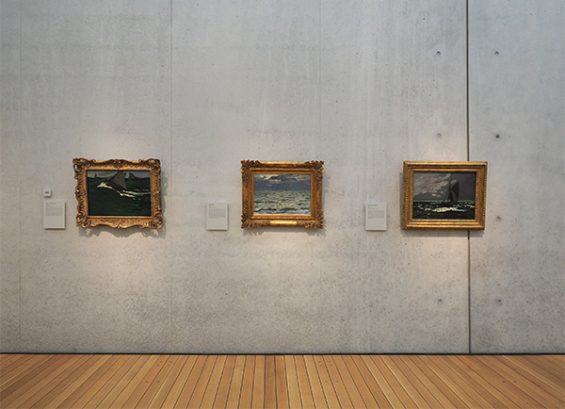 On the strength of his invention of a highly personal and distinctive mode of painting, the young man positioned himself as an artist to be recognized and to be reckoned with. Beginning when the artist is 17 and concluding when he is only 31, Monet: The Early Years chronicles that journey with paintings filled with all the ambition and vibrancy of the artist’s youth. In this exhibition a turning point, where we see Monet and his wife Camille meet and marry, we experience the closure of their youth, and then we see him emerge into his style. The Kimbell is fundamentally about providing the opportunity to study – promising a revelation even to those who think they know Monet. Shackelford, the exhibition’s curator, is hugely respected in the art world. He is one of the top experts of impressionism in the world; he knows the pieces and where they are – and he has put together a rare glimpse into a little known time of Monet’s life. The Kimbell once again hits it out of the ballpark with this show. Definitely not to be missed.

Sevres Porcelain, Still Hot After All These Years