1) compelling attractiveness or charm that can inspire devotion in others

2) a divinely conferred gift or power

Let’s talk about charisma. Charismatic people are a rare breed who possess a somewhat indefinable 6th sense. They walk into a room with a larger than life presence; when they interact with you, you feel like the most important person to ever exist. What gives these people their superpowers? Speculators suggest that it is a combination of traits such as optimism, confidence, high intelligence — with an up-to-date knowledge on current affairs and rounded general knowledge. Perhaps it is that they are both interesting — and interested – they want to listen to what others have to say. Charisma is all about attention to detail, and the details of how interpersonal interaction takes place. Charisma is a gift… and a power. It can’t be faked, and it certainly can not be bought.
The people who posses charisma are superheros of human interactions. While I wish we could get to the bottom of this talent/gift/power, I just don’t think it is possible. So instead, we can further explore the elements in a case study. I invite you to join me as I chat with the queen of charisma. Meet The Sultanette, the persona of one of my favorite blogs, The Male Harem. The Sultanette is a class act – she has more reason than most to brag, yet would not ever consider doing so. She is charming, stylish, witty, kind, intellectual, and extremely mysterious. Let me just, to set the stage for this interview, put on the table that The Sultanette is single. She has a magnetic force field around her that lures, truly, the most interesting male admirers. I’m not talking about empty suits, frat boys or skirt-chasers. I’m talking about powerful people, intellects, the higher cut of the male species. Quality. And while I am on the topic, quantity of said quality. She is the sort of female that men adore…and women want to hate. But they can’t, because she is likable.
This requires further inspection, wouldn’t you say?
In advance, you’re welcome. You’re welcome for the holiday entertainment that will shock you right out of your tryptophan coma. Put on your seatbelt and enjoy the interview, which will end with a fantasy dinner hosted by The Sulanette. 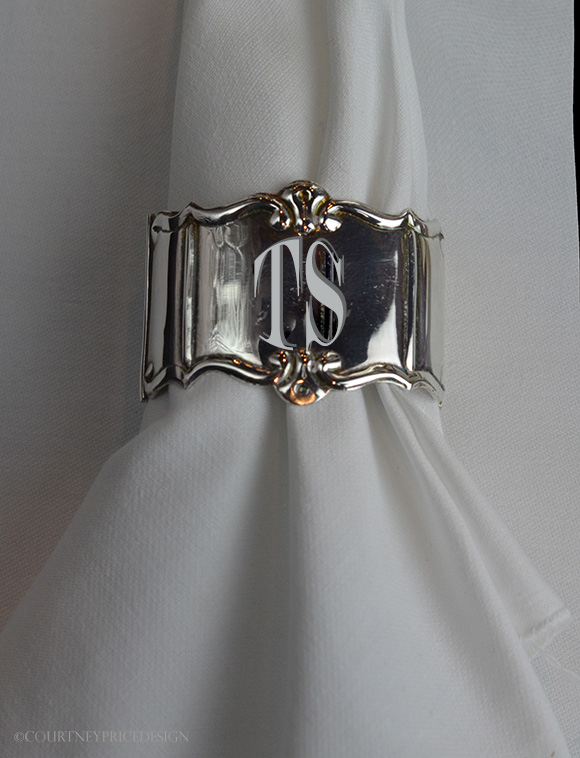 If you are lucky, perhaps you will be invited…

(referred to as TS from here on, and myself: CP) 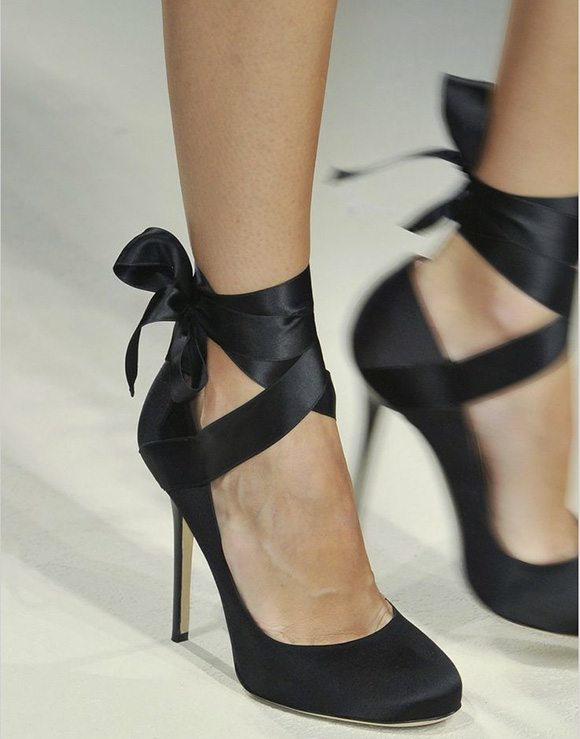 CP: Do you host lots of dinner parties for The Male Harem?

TS: The Sultanette slaving over a hot stove? I’ve logged enough time in the kitchen as a once-wife. The harem isn’t about culinary skills. It’s about enjoying the company of men in mind, soul, and the occasional body mash-up.

CP: How’s that working for you? Aren’t all men ego maniacs?
TS: Of course they are! At the risk of defending them, look at the role they’ve had hoisted on them – to be constantly on guard, in the game, protecting their turf. But egos act up only when you poke at them. Instead of engaging in the war between the sexes, I prefer to collaborate with the enemy. It’s more interesting. 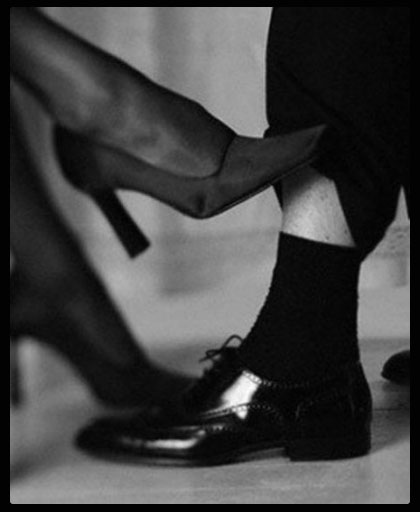 CP: But that’s capitulating!
TS: You’d think! But you’d be surprised what a game-changer it is when you let go of the rope. Men don’t know how to respond when you throw away the predictable script, the prescribed expectations, and the stupefying relationship agenda. They have no other choice but to get over themselves and get real.

CP: So what happens then?
TS: I only speak from The Sultanette’s experience, but it’s never dull. I once got a fascinating tutorial from an Oxford professor about particle physics. Pure foreplay! I’ve learned more about owning my power from the Wall Street wolves than feminist-speak. Then there’s just getting boozy and seeing what comes up. (Pun intended.) 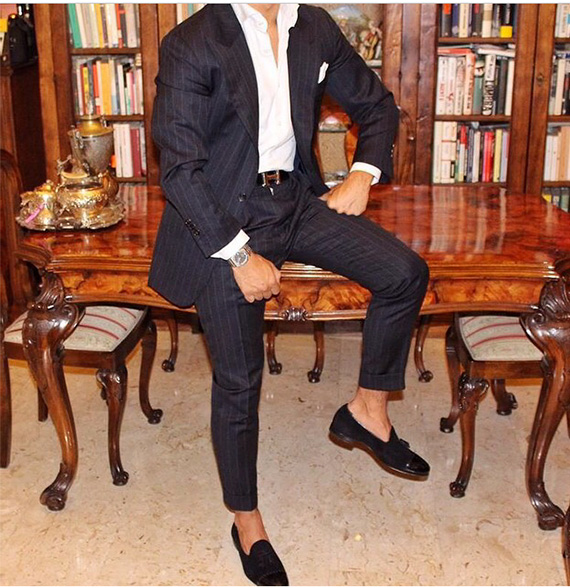 CP: But where’s the intimacy in that?
TS: Intimacy is overrated. Before the relationship police come after me, let me say I mean the kind that demands full disclosure. I like to listen between the lines. It tells me more about somebody than they can or want to reveal. And once the pressure is off to perform emotionally (can we hereby allow that males are inept at that and let them off the hook?) the conversation opens up to shared ideas about fears and ambitions, trust, sex, regrets. I’ve come to know some longtime members of the harem better than I ever knew One&Only.

CP: There was a One once?
TS: Sixteen years of One! You don’t learn this stuff gazing into someone’s adoring eyes! When we went south (see Whose Monogamy Is It Anyway?) I took stock: Maybe men are hopelessly self-absorbed but women are tragically sentimental. I could have sought shelter with my tribe of girlfriends, joined the male bashers, blamed his insensitive ass. But no apologies – I enjoy the company of people with penises. 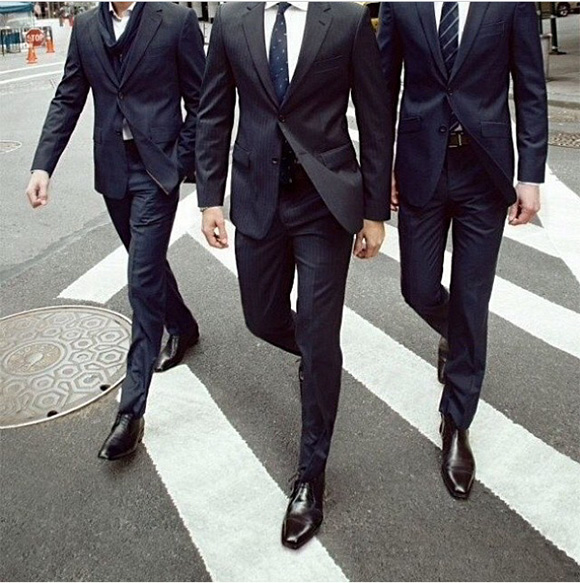 CP: But was there no fear of getting back into the fray?
TS: That’s the beauty of gathering this smart, appreciative curation of men (some don’t know they’re in the harem). While you can’t count on one man for all time, you can always count on one at any given time. And when I’m not enjoying them, I’m enjoying life without them.

CP: And what does “enjoying” entail? Any sex secrets you care to divulge?
TS: Sex, sex, sex! If only we spent more time doing it than figuring it out, we’d have a lot more fun. I’ve always said it’s easy to get laid. What’s hard is to stay interested. Having said that, with all this personal exploring, I do find myself pushing the sexual envelope. I once met a harem member at his Ivy League club in midtown Manhattan wearing nothing but lingerie under my coat. I walked there in mortal fear that I’d that get sideswiped by a taxi and all would be revealed. It was exhilarating! 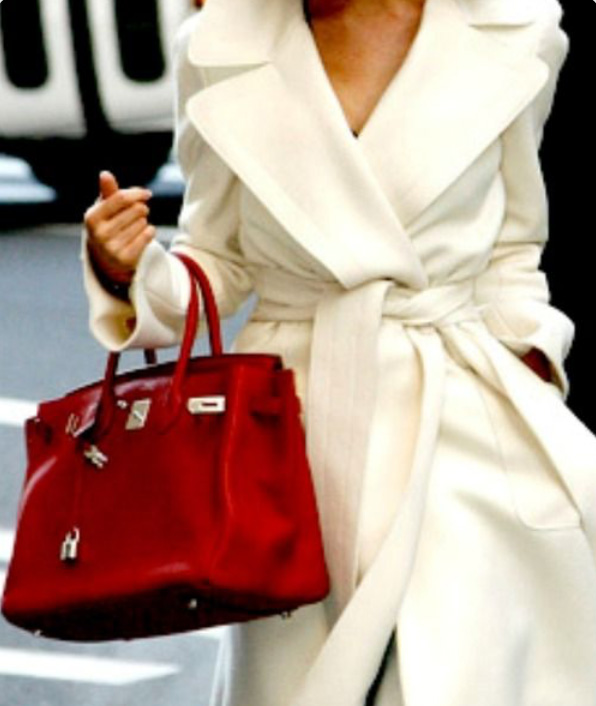 CP: So how do you find them? Or how do they find you?
TS: An often asked question (see The Male Harem FAQs). Over tea with the girls at the Lowell in New York last week, a friend asked if I was on Match or Cupid. I’m not online. And after seeing what malarkey friends have put up with I’m not interested. I pursue what intrigues me in life and they seem to appear. Some stay. Some go. But after three years the harem is more active than ever.

CP: Ok then what’s your cat nip?
TS: I wish I could tell you! From an early age I’ve thought of relationships as organic to life rather than the main event. I got married at city hall on my way to living in Paris and still love my Good Ex. Around the time I split with One&Only, I experienced a string of losses. Sitting at serial death beds sorts things out. There’s life and there’s not life. I’m endlessly fascinated with the former and not so keen on the latter. There seems to be something infectious in that. At least The Male Harem thinks so. 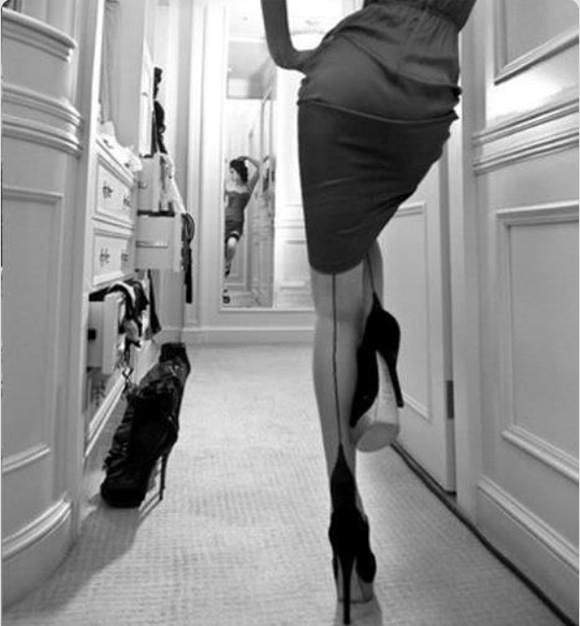 CP: But are you never tempted to throw in the towel – or The Sultanette serviette – and head for safe harbor?
TS: The lure of security always taunts, Courtney, but I’ve had forever and it didn’t last. I’m choosing provocative over predictable now.

CP: But c’mon, does that keep you company on a stormy Monday night?
TS: Brilliant question. Living in uncertainty is exhausting. Doubt wakes me up at night. I wonder if I’ll be punished for choosing to be desired rather than required. I don’t pretend to know the answers for anyone else. All I know is for now, I’ve never felt more my own woman. If I feel otherwise I’ll figure something else out. Let’s have our fantasy dinner.

CP: Then let’s get to the VIP list. Who made it past The Sultanette’s velvet ropes?
TS: No turkeys at this table, Courtney! Your specs of “alive or dead from the beginning of time” were daunting but this pack nearly chose themselves: They all lived large and adored women. And while The Sultanette regrets she is unable to include the many female luminaries I’ve written about in my blog, this is a male harem soirée. You’ll have to have your own dinner, girls! 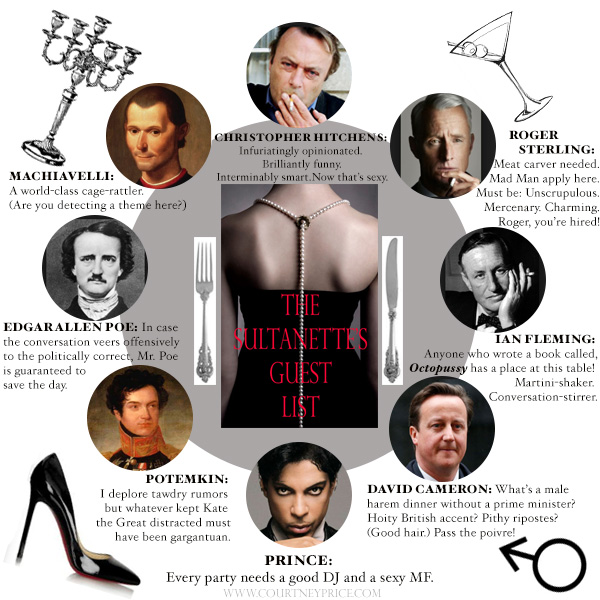 CP: But how will you keep all those high-powered dudes in tow?
TS: Why would I? The Sultanette has no need to recycle Homo erectus from his primordial state into some feminist interpretation of how the modern male ought to behave. For the real-life male harem members, the sole rule is that they treat me well – respectfully, considerately, attentively. Beyond that they can be rascals, miscreants and nogoodniks. So let this holiday harem rant, prance and pounce. Let the random vulgarity slip and the barbs fly. The only no-no at this table is restraint.

CP: So critical question, what are you wearing?
TS: I could wear the previously owned Chanel suit I picked up at Didier Ludot in the Palais-Royal. But since this is all fantasy, I’ll choose Elsa Schiaparelli’s lobster dress worn by Wallis Simpson. After reading an FT review of Schiaparelli’s new biography by Meryle Secrest, I’m nuts for her. She was sent to a convent as a child, escaped and married an opportunist, and finessed her way to designing for Garbo and Dietrich. She collaborated with Cocteau, Dali, and Cecil Beaton. Her war cry was “Dare to be Different” and she died in her sleep. St. Elsa, pray for me! 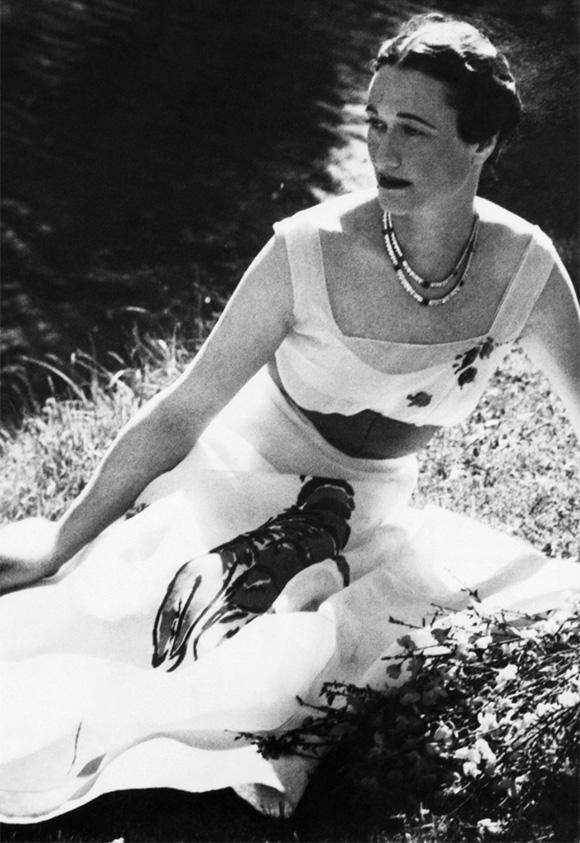 CP: Ok Mlle. Sultanette, what are you making for dinner?
TS: Phone calls. I’ll order Bix martinis from San Francisco. (And they better not spill a drop.) 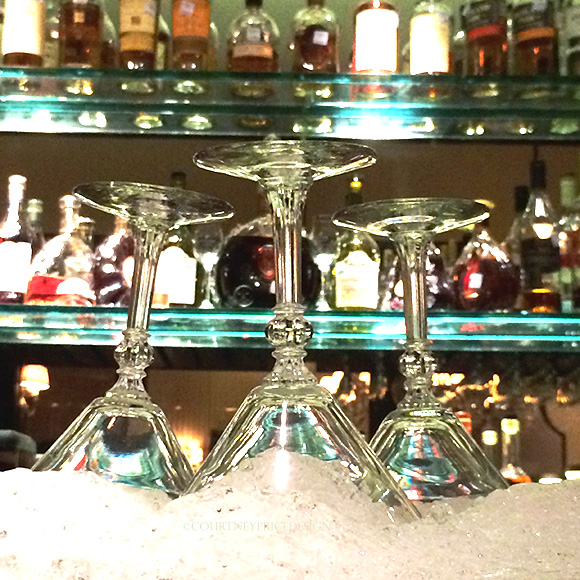 Then, the famous calamari from New York’s Union Square Café. The nouvelle blanquette de veau from Philosophe downtown on Bond. Prohibitively rank cheeses from Murrays in Grand Central Terminal. Decadent Austrian confections from Café Sabarsky in the Neue Museum. And if dinner segues into breakfast, I’ll bring on my favorite scones from Bouchon Bakery in the Time Warner Center to serve slathered with butter you could sin with. 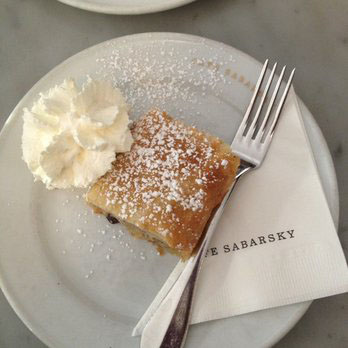 CP: Will that course be offered as breakfast in bed?
TS: Courtney Price! Are you suggesting that this meeting of refined minds might lead to a shag? Must I tirelessly emphasize that The Male Harem is not about sex? Sometimes the conversation is between friends. Sometimes it’s between the sheets. Either way it’s a feast. 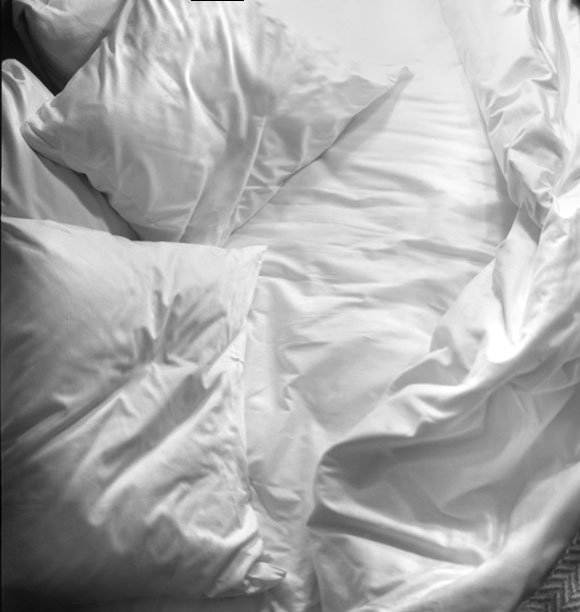 CP: You are outrageous! In a good way of course. We need to let you get back to the finishing touches for your fantasy dinner, before your inspiring guests arrive. We certainly hope you will return for another discussion soon. Bon Appetit!

Hungry for another helping of The Sultanette?  Head on over to The Male Harem, and devour the beautifully written posts. If you are new to this blog, I would suggest The Courtesans And The Art Of Male Maintenance as a good start point – The Male Harem is loaded with cerebral humor.

While you are at it, follow @TheMaleHarem on twitter for more than your share of lough out loud “did she really just say that?” moments from #TheSultanette. Brilliance.

Interview with Orlando Soria of Get It Together!