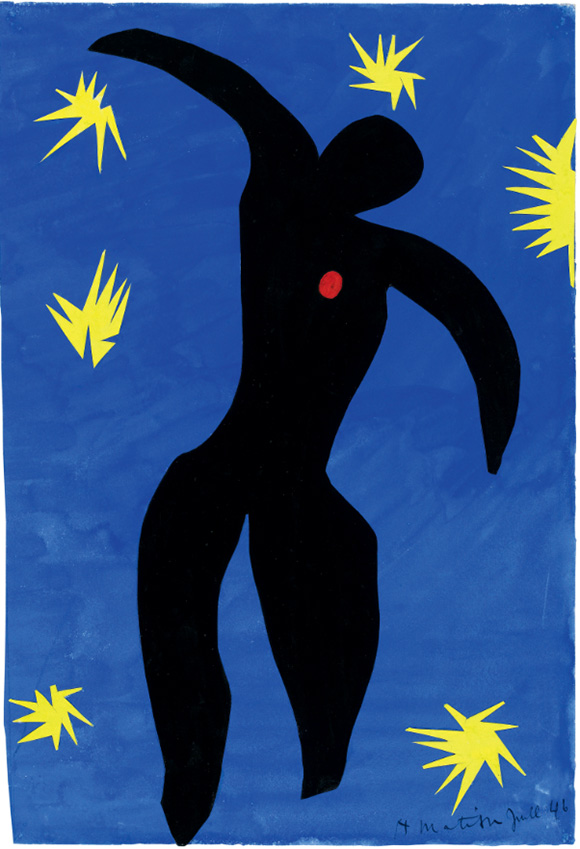 is the most comprehensive exhibition ever devoted to the artist’s paper cut-outs made between 1943 and 1954. It brings together around 120 works, many seen together for the first time, in a groundbreaking reassessment of Matisse’s colourful and innovative final works. The exhibition opens at Tate Modern on 17 April 2014.
Henri-Émile-Benoît Matisse (1869–1954) is one of the leading figures of modern art and one of the most significant colourists of all time. A draughtsman, printmaker, sculptor and painter, his unparalleled cut-outs are among the most significant of any artist’s late works. In a career spanning over half a century, Matisse made a large body of work of which the cut-outs are a brilliant final chapter in his long career.
Matisse’s first cut-outs were made between 1943 and 1947 and were collected together in Jazz 1947 (Pompidou, Paris), a book of 20 plates. Copies, published by Teriade and featuring a text hand-written by Matisse, will be shown alongside the original cut-outs. This will be the first time that the Jazz maquettes and the book have been shown together outside of France. 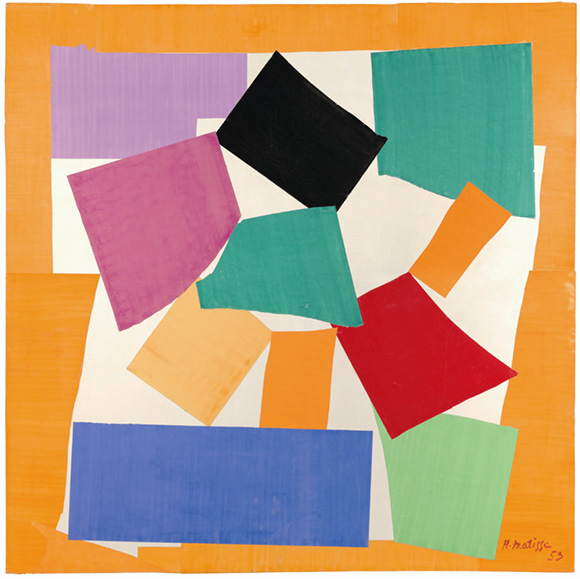 Other major cut-outs in the exhibition include Tate’s The Snail 1953 (shown above), its sister work Memory of Oceania 1953 (MoMA, New York) and Large Composition with Masks1953 (National Gallery of Art, Washington). A photograph of Matisse’s studio reveals that these works were initially conceived as a unified whole, and this is the first time these three large-scale works will have been together since they were made in Matisse’s studio.
The show will include the largest number of Matisse’s Blue Nudes ever exhibited together, including the most significant of the group Blue Nude I 1952 (Beyeler Foundation, Basel).The works illustrate Matisse’s renewed interest in the figure.
When ill health prevented Matisse from painting, he began to cut into painted paper with scissors to make maquettes for commissions, from books and stained glass window designs to tapestries and ceramics. In the cut-outs, outlines take on sculptural form and painted sheets of paper are infused with the luminosity of stained glass. Using colour, Matisse evokes the convulsive surface of water and the lushness of vegetation. The result reflected both a renewed commitment to form and colour and an inventiveness freshly directed to the status of the work of art. 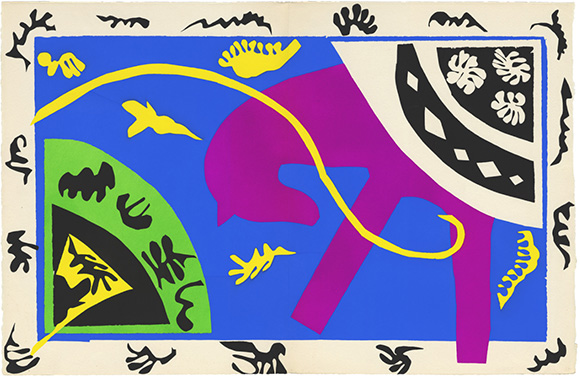 The exhibition re-examines the cut-outs in terms of the methods and materials that Matisse used, and their double lives, first as contingent and mutable in the studio and ultimately as permanent works through mounting and framing. The exhibition highlights the tensions in the works between finish and process; fine art and decoration; contemplation and utility; and drawing and colour.
Henri Matisse: The Cut-Outs is curated by Nicholas Cullinan, Curator, Modern and Contemporary Art,The Metropolitan Museum of Art, New York and Nicholas Serota, Director with Flavia Frigeri, Assistant Curator at Tate; and at the Museum of Modern Art, New York by Jodi Hauptman, Curator, Department of Drawings, and Karl Buchberg, Senior Conservator, with Samantha Friedman, Assistant Curator. The exhibition at Tate Modern is globally sponsored by Bank of America Merrill Lynch with additional sponsorship from Hanjin Shipping.

If you are an American reading this, here’s some great news:

The Carlyle Hotel and its Famous Bemelmans Bar